The Teachings of Islam

The Holy Quran was disclosed upon Hazrat Muhammad PBUH in Makkah which is situated in the Arab land. The language of this Sacred Manuscript is Arabic, as it for initially meant for the understanding of the people living in that area. But as Muslims are present throughout the world and it is difficult to understand the Quran in this mode of speech, it is essential to read its Chapters like Surah Yasin with Translation like in Urdu and others. Now let us elaborate the great importance of reading Quran with translation in short:

Completion of a Religious Responsibility

As the Sacred Scripture of Quran is full of information that transforms the lives of millions of people around the world, therefore, it is imperative to recite and understand it in local language for better absorbing its wisdom. The Almighty Lord says:

“[This is] a blessed Book which We have revealed to you, [O Muhammad], that they might reflect upon its verses and that those of understanding would be reminded.” [Quran, 38: 29]

The above mentioned Ayah clearly signifies that it is the spiritual duty of a Muslim to reflect upon the holy verses which are only possible when they are read in understandable language.

The Holy Quran contains the detail about every kind of matter related to one`s life serving as a guide for all. Allah SWT says in His Book:

“And We have certainly presented for the people in this Qur’an from every [kind of] example – that they might remember.” [Quran, 39: 27]

It means that this Sanctified Volume of the Creator of the universe is full of such examples of life which can change one`s life positively which is only possible when someone comprehends the true meaning of its Instructions.

The teachings of Islam are present in Quran Majeed, which need to be studied very carefully for being able to understand them properly. The Messenger PBUH of God said:

“That person who, due to excessive recitation of the Qur’an is not able to make Allah Ta’ala’s Dhikr and Du’a, Allah Ta’ala will bestow such a person with more blessings and Ni’mat than even those who make Dhikr and Du’a.” (Tirmidhi)

It shows that reflecting upon the holy verses to such an extent that one is not even able to supplicate to Allah SWT will also be regarded very high near Him as one is pondering upon the Ayaats which would render better results in life.

Hence, reciting the Holy Quran with translation has its increased value in life of a Muslim which leads to increased comprehension and understanding of its knowledge. 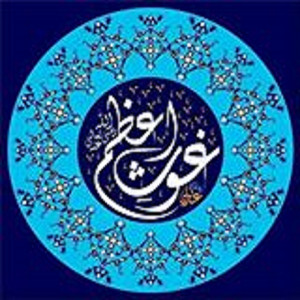