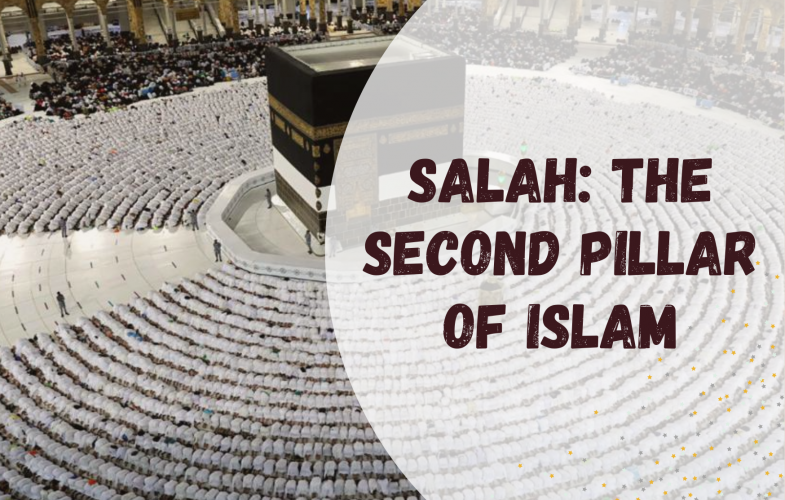 Salah: The Second Pillar of Islam

Salah, also called namaz, is the second pillar of Islam and a daily obligation upon all Muslims above baligh (mature) age. Salah plays a fundamental role in the Islamic faith and in this guide, we will explore the most important facets of the second pillar of Islam, including the meaning of salah, when you should be performing salah and what benefits salah can provide.

What Does Salah Mean?

Salah is defined as the act of offering prayers to Allah SWT. Literally translated, salah can mean prayer or supplication and is generally considered the act of worshipping Allah SWT; an act which is specifically mentioned in the Holy Qur’an with a variety of rules and guidelines surrounding it.

The process of performing salah is complex. Muslims must be wearing specific types of clothing which keep areas of their body covered, face Mecca before beginning and must recite phrases and passages from the Qur’an at certain points.

Daily salah prayers tend to follow a similar structure, though additional prayers and those that occur during major events like Eid ul-Adha differ more significantly. It is important to educate oneself on how to perform their prayer correctly to ensure the benefits of salah are acquired and your act of worship is received well by Allah SWT.

Rules, Guidelines and Facts About Salah

Performing salah is a process with a specific structure and set of principles which must be followed.

To begin with, there are five separate daily prayers which must be performed; they are as follows:

These are the obligatory prayers only; there are many other prayers that Muslims can perform voluntarily for their own benefit. Many of these voluntary prayers are undertaken by Muslims during the Holy month of Ramadan due to the many rewards and blessings bestowed in this virtuous month.

All prayers are initiated with the recitation of the Adhaan which means call to prayer. The act of salah itself is a conversation between you and your Lord and is for nobody else’s benefit but your own.

Each salah prayer consists of a number of Rakaat (units), which are split throughout the day as follows:

Must be with Wudu for all Salahs.

Many people opt to pray at the local Mosque in congregation while others prefer to pray at home or at work.

Should one be travelling or away from their hometown, certain allowances are given to make the prayers easier.

Again, any form of prayer in Islam is carried out whilst facing towards Mecca, where the Holy Ka’aba resides. This position can be ascertained using a compass.

What is the Purpose or Benefit of Salah?

The principle of salah is to ensure Muslims maintain their faith and devotion to Allah SWT, to increase taqwa (closeness to Allah SWT) and to remain conscious of the importance of faith and submission to their Creator.

There is special importance dedicated to the Friday prayer, which is also known as Jumaa Namaz. This prayer is performed in congregation at the local Mosque and is led by an Imam (leader).

There are many other prayers in Islam, such a Namaaz-e-Mayyit, which is performed at the janaaza funeral of the deceased and Namaaz-e-Eid, which is a prayer traditionally performed on the mornings of Eid-ul-Fitr and Eid-ul-Adha, prior to which, all Muslims are liable to give to charity to poor. Other important prayer rituals also include taraaweeh, which is a prayer offered every evening during the Holy month of Ramadan.

As with all of the Five Pillars of Islam, salah is a highly important obligation upon all Muslims and is essential to ensuring we stay within the boundaries of deen and remain mindful of one’s faith.